Local man charged with felony abuse of a Child 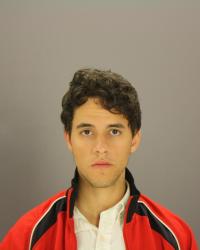 DALLAS, TX - Charles Edwin Brooks, Jr., 29, of Atlanta, was taken into custody Monday, May 3, at 3:38 p.m. by Dallas County Sheriffs and charged with Injury to Child/Elderly/Disabled with Intent to cause Severe Bodily Injury and Serious Mental Deficiency or Impairment. This is a first-degree felony under Texas Penal Code 22.04, punishable by a maximum sentence of 99 years or life in prison and/or a maximum fine of $10,000.

A source close to the family tells the Journal-Sun that the two-year-old victim sustained serious injury while under the care of Brooks at his Dallas home. Brooks, the child’s stepfather, claims the child fell down the stairs.

Upon arriving via ambulance at Dallas Medical City Hospital, doctors found evidence of abuse, including a severe brain bleed with swelling and adult bite marks on the child's legs.

An investigation was opened, resulting in an arrest warrant being issued on April 30. After a three-day search, the suspect was taken into custody, with a 250,000.00 bond.

The victim was immediately placed in Critical ICU under a medically induced coma to allow the brain swelling to lessen. As of Monday evening, the child remained in the coma as doctors slowly began to wean the sedation.

"He is still on medication to keep his blood pressure up; still on the ventilator. Still has the drain in his brain. Still continuously monitoring his brain waves and intracranial pressure. Vital signs are a little more stable, but everything is still up and down depending on how much stimulation he is receiving," our source tells us. "He is on antibiotics and antifungal medication; they’ve been able to wean the oxygen and ventilator is giving him down to 30 and we are hopeful and prayerful that his vital signs and intracranial pressures will continue responding well as they attempt to wean him from the sedation and blood pressure medication," according to the same source.

The victim’s mother and Brooks were married in January and this was the first time that he and the child had been alone for an extended time without the mother present, our source said. That source went on to say that Brooks had driven with the child from his home in Atlanta to his other home in Dallas after picking him up at his grandparents’ house.

The mother had planned to drive to Dallas after leaving work, but when she called to check on them, Brooks allegedly told her the child had fallen down the stairs. The mother immediately called 911 and went directly to the hospital.

Brooks who has lived in the area and has family ties in the area remains in the Dallas County Jail with no bond set at this time. This is an ongoing story that the Journal-Sun will continue to follow through this investigation.

Subscribe and see the e-Edition of the Cass County Citizens Journal-Sun for the complete story.
Linden Forecast